Meet Inspiring Speakers and Experts at our 1000+ Global Events inclusive of 300+ Conferences, 500+ Workshops and 200+ Symposiums Every year on Medical, Pharma, Engineering, Science, Technology and Business.

Theme: Theme: Current trends of neonatologists to create a better health to the new-born

It is an Honor to welcome all Pediatricians, Neonatologists, Researchers, and Students from across the world to the amazing privilege of Attending our upcoming “36th International Conference on Neonatology and Perinatology” which will be held on July 18-19,2022 Amsterdam, Netherlands.

Theme: ''Current trends of neonatologists to create a better health to the new-born”.

This new and exciting 2022 conference in Amsterdam features outstanding internationally known Neonatologists and Perinatologist  from premier medical universities, hospitals and other specialties from all over the globe. The conference format will feature new interactive workshop sessions for both neonatal, perinatology and pediatric topics which will discuss new updates and management, as well as State of the Art talks on a variety of neonatal and pediatric diseases in multiple subspecialties.

The themes of the conference will include the following topics:

Neonatology, Covid_19 Obstetric and Neonatal, Perinatology, Pediatrics, Neonatal Intensive Care Unit (NICU), Congenital Malformations & Birth Complications,Neonatal Heart Diseases and Problems, Neonatal and Fetal Nutrition, Neonatal Genetics, Neonatal Research.This meeting will allow the attendees to acquire these new updates and share their experiences with well-recognized speakers globally.We look forward to seeing you at this meeting and we are sure you will find it an outstanding educational opportunities too.

Neonatology2022 brings together renowned and internationally renowned neonatal specialists, obstetricians, gynecologists, pediatricians, academics and researchers. Representatives include major medical schools, hospitals and the healthcare/pharmaceutical industry around the world. A variety of topics are discussed at the conference, such as neonatology, perinatal and pediatrics. Conference attendees will be delighted to see a variety of interactive workshops, keynotes, speakers and poster presentations and, above all, exhibitions hosted by major healthcare and pharmaceutical industries. The conference also has a Young Researchers forum where aspiring researchers can give oral presentations.

The conference gives you one of the finest opportunities to engage with the eminent doctors and researchers from the area of Neonatology, Perinatology and Pediatrics.With your knowledge presented here for the benefit of the world you can inspire more people to enhance their research. Most prominent speakers, advanced technologies and discoveries in the field of neonatology are the highlights of this two day conference.The participants can exchange and share their research results covering the scientific aspect. The event will unite Directors, Director of Laboratories, Universities, Industries, Delegates, Investigation experts, Investigators, Post-Doctoral Fellows, Research and Analytical Laboratories, Students, Research organizations, Market Research and Consulting Firms and all the intrigued individuals ready to upgrade and refresh the comprehension on the subject. Attend a variety of informative seminars, engaging interactive presentations, and keynote panel discussions with key policy makers and experts in Neonatology and Perinatology.

Who to attend the conference?

Neonatologists are doctors who specialize in the care of newborn children. Newborns can present a unique set of health challenges that require a high level of skill and medical expertise to treat. This is particularly true of premature newborns and those with underdeveloped organs. That said neonatologists also play an important role in more routine aspects of care, like counseling parents before, during and after childbirth. Their training helps them prepare parents for the everyday aspects of caring for newborns.

The effect of Covid_19 Neonatal on pregnancy is not completely known because of the lack of reliable data If there is increased risk to pregnant women and fetuses, so far it has not been readily detectable Predictions based on similar infections such as SARS and MERS suggest that pregnant women are at an increased risk of severe infection but findings from studies to date show that clinical characteristics of COVID-19 Pneumonia in pregnant women were similar to those reported from non-pregnant adults.

Pediatrics is a discipline that deals with biological, social, andenvironmental influences on the developing child and with the impact ofdisease and dysfunction on development.Children differ from adults anatomically, physiologically, immunologically, psychologically developmentally, and metabolically. A pediatrician participates at the community level in preventing or solving problems in child health care and publicly advocates the causes of children.

Newborn babies who need intensive medical care are often put in a special area of the hospital called the neonatal intensive care unit (NICU). The NICU has advanced technology and trained healthcare professionals to give special care for the tiniest patients. NICUs may also care for babies who are not as sick but do need specialized nursing care. Some hospitals don’t have the staff for a NICU and babies must be moved to another hospital. Babies who need intensive care do better if they are born in a hospital with a NICU than if they are moved after birth.This information is to help you understand why a baby may need to be in the NICU. You will also find out about some of the procedures that may be needed for the care of your baby.

The congenital heart disease (CHD) is not fixed anatomic defects that appear at birth, but are instead a dynamic group of anomalies that originates in fetal life and changes considerable during the postnatal development. The incidence of moderate‑to‑severe structural  in liveborn infant is 6–8 per 1000 live births. About 2–3 per 1000 newborns will be symptomatic with heart disease in the 1st year of life. The diagnosis is established by 1 week of age in 40%–50% of patients. It is considered one of the leading causes of neonatal mortality.According to a status report on in India, 10% of the present infant mortality may be accounted to Neonatal Heart Diseases

Fetal nutrients are derived largely from the mother and fetal nutrition is thus closely related to maternal nutrition. However, it is important to appreciate that maternal nutrition is not the same as fetal nutrition. Firstly, the mother has her own nutrient demands which may be in conflict with those of the fetus.Human adolescents also tend to give birth to lighter infants, and birth weight has been reported to be less in offspring of adolescents with a higher dietary sugar intake. Secondly, the fetus lies at the end of a long supply line which can be impaired at many points. Nutrients are used by the fetus predominantly for growth and metabolism, with little energy expenditure on other processes such as thermoregulation, movement and digestion. Fetal nutrients are in fact the main drivers of fetal growth, with genetic factors playing a much smaller role.

New-born screening is a screening in infants shortly after birth for a list of conditions that are treatable, but not  evident in the new-born period. Some of the conditions included in new-born screening programs are only detectable after irreversible damage has been done, in some cases sudden death is the first manifestation of a disease. Screening programs are often run by state or national governing bodies with the goal of screening all infants born in the jurisdiction.

The Division of Neonatology has a robust research program that focuses on several key areas: understanding the fundamental biology of preterm birth and its complications, rigorously testing new therapeutics in newborns through expertly designed clinical trials, developing new knowledge about risk factors for poor outcomes in sick neonates through rigorous observational studies, and developing new understanding of the social and medical impact of the organization and economy of healthcare delivery structures on maternal and child health. In addition, the Division also serves as a national leader in the development and conduct of multicenter and single-center clinical trials.

Neonatology 2022 is an international platform for presenting research about diagnosis, prevention and management of neonatal diseases, exchanging ideas about it and thus, contributes to the dissemination of knowledge in neonatology for the benefit of both the academia and business. This event brings together neonatologists, neonatal nutritionists and all the eminent researchers and experts in the field of Neonatal and Perinatal medicine to explore the advancements in the Neonatology. We bring together industrial executives, Neonatology Pharma and Health care sectors making the conference a perfect platform to network, share views and knowledge through interactive discussions.

It is being acknowledged that the leading problems for infants and children in UK were birth defects; prematurity/low birth weight; sudden infant death syndrome; maternal complications of pregnancy and respiratory distress syndrome.

The incidence of severe hyperbilirubinemia in term-born infants in the Netherlands is 10.4 per 100,000, which is similar to other developed countries. Home birth and early hospital discharge do not necessarily lead to a higher incidence of SH, provided that perinatal home care is well organized.

The international neonatal intensive care market is foretold to testify the dominance of North America envisioned to expand at a 5.2% CAGR. The growth in North America could be attributed to the rise in government funding and improving awareness about childcare. The U.S. observed a 517,400 count of premature births in 2016 as per a World Health Organization (WHO) report. The country also witnesses a high incidence of premature births, according to the Centers for Disease Control and Prevention (CDC).

Second on the list of higher-growth getters in the international neonatal intensive care market could be Europe rising significantly due to the extensive presence of global companies introducing forward-thinking techniques. High premature births in the region could be owing to multiple pregnancies with artificial inseminations, late parenthood, high blood pressure, and obesity.

To Collaborate Scientific Professionals around the World

All accepted abstracts will be published in respective Our International Journals.

Abstracts will be provided with Digital Object Identifier by 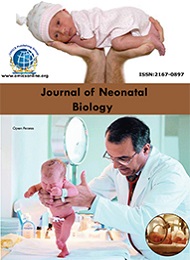 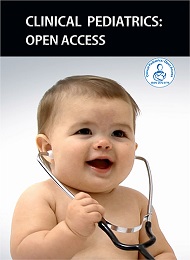 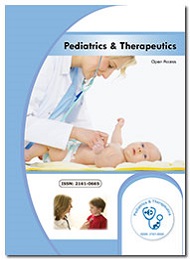